In 1973 a 48 years old woman was observed.
Asthenia, depressed state, equilibrium disturbance, hard constipation were the reported symptoms. She was admitted to a care centre and she was dismissed two weeks later with the diagnosis of “Menière Syndrome. Anxious-depressed neurosis”.
The rest and the suggested therapy didn’t bring any improvement. Soon worst symptoms appear: sleepiness, odd behaviours, disorientation of space and time, memory decline. She was admitted to an academic clinic.
The patient stood up with more and more difficulties. The lucidity faded quickly. She died 8 months after the beginning of the disease. Hyperthermia and coma were the last manifestations. The loss of weight was huge. Negative investigation. Negative autopsy. No macroscopic brain pathology. We don’t know the result of any histological examinations of the central nervous system.Pneumonia and adrenal atrophy were the most important pathological findings. Five years later the same affection involved a sister of her: the manifestations and the quick development were superimposable. The same perplexity at the autopsy.
In 1979 a part of the brain (missing cerebellum and trunk) was carried to Ginevra by the neurologist prof. Erwin Wildi.
November 12, 1979 he reported: “The histopathology of this case is extremely poor. The only appreciable lesion is a ……. of the thalamus with a pigmentary degeneration of neurons. I find here, as representatives of the neurons, only rare pockets of pigment”.

He excluded Creutzfeldt-Jacob, Pick, Alzheimer, vascular lesions, inflammatory processes, inclusions of viral or metabolic aspects. The thalamic neuronal loss was not related to the development of the disease. It was obvious that the two cases were identical and the suspicion of a hereditary disease took some consistency of truth. 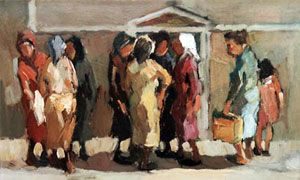 A survey based on memories orally passed down among family members,already begun after the death of the first sister, was deepened with systematic research. A genealogical draw, comprehensive of five generations, was already determined at the time when the second sister died. The difficulties of identifying the possible affected people, of getting precise information, of recording how much the tree proposed to the intuition and to the research, were significant. As a matter of fact, part of the progeny was emigrated, mostly after the second world war, even if a significant part still resided in the homelands in Treviso.

The researches, lasted for years, were suspended temporarily when, in March of 1984, a 53 years old man, the brother of the other two patients, was admitted to the First Medical Division of Treviso. His personal anamnesis was irrelevant. He has an arterial hypertension poorly controlled by the therapy that he took from 1978, an anxious depressive syndrome (so it seemed) and a ficle fever. But the patient declared for 5 months other symptoms: curtailment of sleep (from the usual 5-7 night hours to 2-3), interrupted by frequent awakenings and not more refreshing; severe constipation, difficulty on starting urination, drooling, hyperhidrosis, lachrymation, rhinorrhea, sexual impotence. From the biochemical tests resulted mild anemia, hyperglycemia, hypertriglyceridemia, movement of gamma-GT.
The brain scan had no pathological findings. High concentrations of urinary catecholamines and vanillymandelic acid were found, increase of the TSH before and after the stimulus with TRH, normal LH and reduced FSH under stimulus with GnRH, normal cortisol (hours 8-23), testosterone and proactin. He was dismissed with the diagnosis of: “arterial hypertension, anxious depressive condition”. 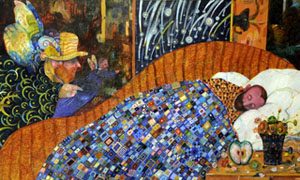 Two months after (May 1984) he was admitted again to the Medical Division of Treviso. He slept only one hour per night, from one o’clock until two o’clock. Then, towards the dawn, fell in drowsiness, revealing the most characteristic signs of the disease: he acted to realize the dream content, in a unexhausted motor bustle. Often he abandoned the bed, obeying the dream representation, with manifestations of somnambulism: for example “dreaming with open eyes” of leaving for the airport, he packed his bags and he walked towards the exit. At the call he woke up and often, ironically, smiled at the performed oddities. Sometimes the awakening was determined by myoclonic shakes or prolonged apnea, from which, in the throes to asphyxia, he shook himself sweating, anguished, immediately clear headed. The administration of ipnotics worsened the dream confabulations, that became incessant, as to require constant supervision. In a short time the lucidity had weakened, and the short-term memory was compromised severely. He was torpid, sleepy, and in the contacts with reality, that were normal, compulsively he was looking for the rest, wherever he was, without ever finding relief. At the Clinic other important findings were added: slimming, ataxic and clumsy march, dysarthria, sometimes anarthria, obstructive apneas, constant tachycardia, miosis fixed. The patient felt like he was “broken”, he lived his day “into pieces”, he wasn’t able to sleep. It was then that the hypothesis that insomnia was not a symptom, but the disease itself , was advanced, and it presented itself to the observation with the caricature appearance of sleep and sleepwalking. The patient was moved to the Centre for the study of Sleep of the Neurological Clinic of Bologna, directed by prof. Elio Lugaresi. He died in July of the same year, 9 months after the onset of symptoms.

The syndrome was called Genetic Fatal Insomnia (FFI), whose record of pathophysiological features will be given further.